What Your Cars Says About You

Many car owners take great pride in their vehicles. Not only because they are a huge investment, but because they can often be extensions of ourselves. People build intimate relationships with their vehicles: we name them, we clean them, we give them semi annual checkups to make sure they’re in tip top shape, and we greatly rely on them. So much more than just a “way of getting from A to B,” our vehicles can sometimes dictate who we are as people. Whether it’s the color of the car or the style, our vehicles can give the outside world an inside look to who we are as people.

Of course many brand names may be associated with status, but the style of your vehicle can be more indicative of the kind of lives we live. Whether it’s a truck, car, minivan, or SUV, more times than not, what we choose to drive is a representation of our needs. So let’s get into what the style of your car may say about you.

According to a study conducted by researchers at UC Davis, those of us who drive smaller cars are often environmentally conscious and prefer higher density neighborhoods compared to drivers of other types of vehicles. The bigger the city, the higher the concern for fuel-efficiency, and the easier it is to park with a smaller car. And in most cases, drivers of small cars are not described as workaholics or status seekers. They’re just trying to reduce their carbon footprint and find a decent parking spot.

The study at UC Davis found that drivers of sedans are found to have “no distinct travel attitude”. This is not to say that they are a boring bunch, but rather to indicate that they often have a more sensible and businesslike disposition. It was found that the drivers of sedans are more likely to be female and have a relatively high income. And in terms of American-made sedans, their owners tend to very nationalistic and not so open to grand and sudden changes.

Ah, yes. A life of luxury. No surprise here, luxury car owners are often status seekers and more prone to driving longer distances. These owners tend to be older, highly-educated, and generally have a higher income. In psychology, these drivers are considered to be independent, profit-oriented workaholics known as “achievers”.

These are the adventure seekers. Those of us that own sports cars are said to be energetic, feisty, and like to live life fast. More times than not, sports car owners will have college degrees, yet they tend to have lower incomes. In psychological terms, these people would fall under the category of “emulators”. These people tend to be younger and financially unstable, yet thrive off of their need for thrills.

This category of drivers belongs to those who like to get things done. These car owners do not often like high-density living situations and tend to live in more rural areas. Many truck owners are labeled as “workaholics” and are full-time employees, working in either service related jobs or those that require a decent amount of physical labor. More room means less problems.

More than other drivers, those that own minivans are known to be considerably calmer than their counterparts. Like luxury car owners, they enjoy traveling long distances and are definitely not the “loner” type. Fans of the minivan are more likely to live in the suburbs, be middle-aged, and enjoy the family life. It’s also no surprise that those that own one of these vehicles are often nominated for carpool duties. Who would buy such a big car just for themselves anyways?

Those that drive SUVs are not often labeled as the most environmentally-minded people. However, SUV drivers do typically drive the shortest distances compared to other car owners. The average age demographic is often forty and younger, and these drivers like to live in the suburbs. Like truck drivers, SUV owners use their vehicles for multiple purposes, often relating to either work or family.

More Than a Color

In many cases, we believe a lot of our individual preferences to be totally random: what kind of animals we like, our favorite foods, favorite movies, etc. While these things may seem trivial, they can actually unveil some deeper insights to who we really are. Though factors like make and model can sometimes decide what color car we choose, many of us err on the side of familiarity and often end up choosing the same color vehicles. So we’ve put together a list of car colors and their psychological undertones.

Red – Though neutral car tones have been increasingly popular over the last few year, there is definitely still a group of people that love their red. These particular people love the attention and regardless of make or model, they get it. Drivers of red cars are often labeled as energetic, ambitious, confident, and powerful … or at least possess a desire to be seen this way.

Gray – Gray is a color perfect for those who try not to be flashy or stand out in a crowd. Many owners of gray cars tend to be lower maintenance and view their cars as predominantly functional. Additionally, they are very easy to keep clean.

Silver – Silver cars are everywhere, and this could be linked to the modern technological age. Silver screams and reflects technology-minded individuals who appreciate modern conveniences and innovation. From a psychology standpoint, silver indicates a sense of practicality and responsibility, without sacrificing the enjoyment for slightly flashier things. Blue – This color has such a broad spectrum because there are many shades of blue. Blue is often seen as a practical, positive, and upbeat color and a driver of a blue car may reflect these qualities. Dark blues can evoke a sense of formality and professionalism, while medium blue can exude reliability and a “down to earth” demeanor. Light blue on the hand, can often be construed as low-key and more of a background color.

Earth Tones –  The earth tones encompass the brown, beige, champagne, and green colors. These colors are increasingly popular with SUV’s and sports cars as they work well with country highways and mountain roads. The association with the earth tends to indicate a grounded individual who loves nature and appreciates the environment.

Gold/Yellow – These are the colors of happiness and imagination. Many owners of yellow cars like to live by the “don’t worry be happy” mantra. Often times these individuals have a great sense of humor and a good mind for business.

Black – This is of course one of the most popular car colors for many reasons. It’s easier to keep clean, it’s sophisticated, it’s powerful, and more times than not, it makes a statement. It is the color of presidential motorcades and diplomatic vehicles, and it implicates a feeling of luxury and reflects the finer things in life. Regardless of the type of vehicle, black is sure to make a striking impression. 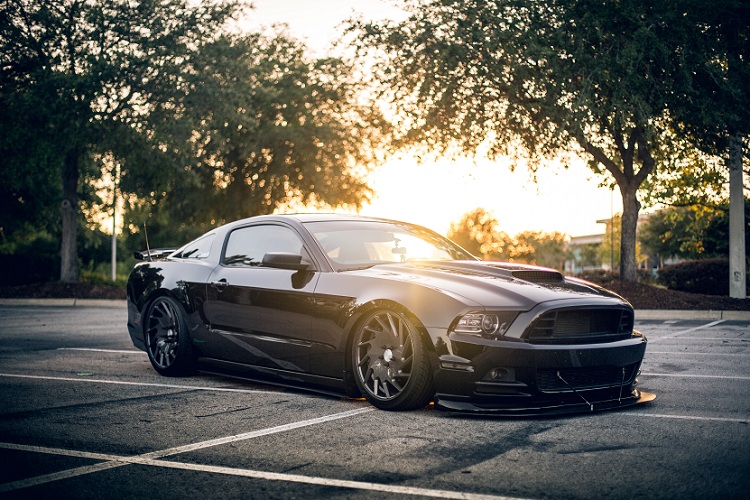 White – White can often be associated with honesty and purity. When it comes to a car, white emits a sense of elegance and perfection. Those with white cars often present a fresh, modern face to the outside world. While white is a less common choice for cars nowadays, it continues to provide a contemporary feel that shows taste, style, and a desire to stand out.

While there are many other colors available, and many color styles such as pearlescent, matte, and metallic, these are often indicators of a wildly eccentric and unique person. Whatever the color or style may be, whether we choose to see it or not, can be an advertisement for our personalities. From a pink Smart Car to a purple Lamborghini, there are many unconscious factors that may play a part in us choosing our next vehicles.

For choosing your next vehicle and for the best selection of colors, makes, and models, come visit us! We would love to set you up with your next dream car … and maybe help you find out a little more about yourself!  View our selection of available used carsto search used inventory.